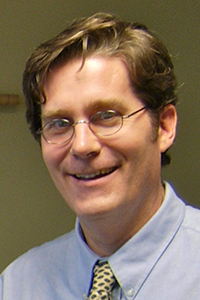 I was raised Christian (Episcopalian) and have been Christian most of my life up to the present. However, in high school I had a charismatic physics professor who was an evangelical atheist. He argued that God was a mere superstition and that science could explain everything that religion had once explained. He argued that we once had mythology, but today we can replace science with myth. He argued that evolution can explain where human beings came from, and neurology can explain what the mind is. In effect, he argued that science tells us what is real and science does not tell us that God exists. On his view there is no place for religion.

I found my high school teacher’s view of the world both deeply troubling and yet also difficult to reject. I desperately wanted to escape it, but didn’t know how to. Under his sway, I became what might be called a reluctant agnostic. I wanted to believe, but I didn’t see how to. When I went away to college, I wanted to learn how to reconcile faith with the success of modern science. My four years at Yale were quite fruitful in this regard.

I began as a physics major and continued through quantum mechanics, because I was interested in the measurement problem. What I discovered (roughly speaking) was that quantum mechanics can describe nearly all of the world with one important exception, the very acts of observation by which we come to know the world. If the challenge that science faces is to explain how we (the ones who do science) fit into the world, then quantum mechanics makes the problem worse, not better. I then switched to the English major and realized that some of the same issues were going on there. At Yale in the 1980’s there was an increasing appreciation for the importance and the uncanniness of the act of reading. My focus as an English major was on the question of what it means to read. Most of my papers involved taking some great work of literature, like Spenser’s The Faerie Queene or Dante’s Inferno, and interpreting it as an allegory for how to read, specifically how to read the Bible. For example, in the Inferno each circle of Hell corresponds to a different kind of misreading, different sins being linked to different misreadings of the Bible. My focus was on the act by which one applies what one reads to one’s life, that is, the act by which one orients oneself to what one reads. For example, one reads the Bible and asks, Who am I in this story? Am I a Pharisee? Am I a Sadducee? This act of orientation is absolutely crucial. Very few people knowingly do evil. Al-Qaeda does not see itself as the bad guy. Most abusive husbands don’t recognize that they are abusers. If we are to learn anything of any practical value from what we read, it is essential that we have judgment in the Kantian sense (that is, the ability to apply general truths of the sort one reads about to the concrete situations one faces). The most important thing we can learn from a book is how to read and yet it is in some sense the most difficult thing for a book to express. Once again, it seems that in written texts, we can capture the world including everything except for the very acts by which we come to know it.

After graduating from college, I went on to study philosophy at the graduate level. I applied what I had learned to the field of philosophy. Reading Kant helped me to do so. For Kant we must limit the pretenses of reason in order to make room for faith. Kant acknowledges that we can study ourselves scientifically, but we should not make the mistake of assuming that the world as science describes it is ultimate reality. For Kant it is not. The self qua subject who thinks, feels, and knows, is not the self qua object in the world that science describes. (Much of German romanticism turns on rejecting this seemingly innocent identification of self qua subject with self qua object.) I would suggest that philosophy is (or includes) the study of humanity insofar as we are made in the image of God. It is the study of self qua subject. In this respect, it is discontinuous with the natural sciences, which is the study of objects in the world, including the human brain and body. One does not learn what it means to be human or to have free will by reading scientific journal articles or textbooks. Our awareness of our humanity and of the difference between right and wrong and related matters can be evoked with a good metaphor, but cannot be made explicit in the way that a scientific theory can. What I learned, reading Kant, Heidegger, Kierkegaard, and other philosophers was how to be a Christian while accepting that science has made great strides in describing the natural world. I was able to reclaim my faith and to reject the view that science is the measure of all things. This did not, however, lead me to be dismissive towards science; far from it. The successes of science are fantastic and are surely evidence of God’s hand in human endeavors. In science, beauty is a guide to truth, and surely this is powerful evidence that we were designed to seek the truth, to raise questions, and to do science. If we are made in the image of God, then this shows itself most especially in our capacity for reason and reflection, which are essential to both science and philosophy.