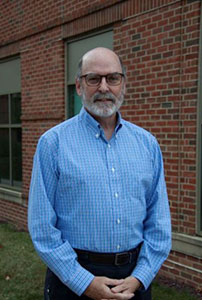 Joseph Huffman is an historian of Medieval and Renaissance Europe.  His research centers on the Rhineland (especially the city of Cologne) and England, with a particular interest in the development of urban institutions and societies and in the inter-regional exchanges between cities.  Dr. Huffman has published books, articles, and reviews in both English and German in Europe as well as in North America.  He teaches courses in Medieval Europe, The Crusading Movement, The Trial of Joan of Arc, Urban History, Medieval England, and Tudor-Stuart England.  He also coordinates the Latin Language and Literature program, and teaches both the foundational Latin courses as well as the third-semester Latin literature course.  In addition to his teaching and research assignments, he has a broad interest in both the humanities as well as in civic outreach, and in this capacity served as the founding Dean of the School of the Humanities and the Director of the Center for Public Humanities.