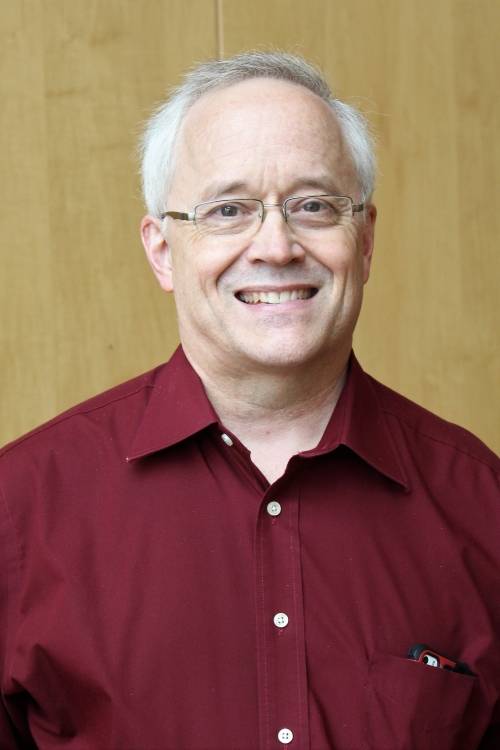 Dr. Underwood joined the Engineering Department at Messiah College in the fall of 1992, after teaching three years in the Physics Department at Wheaton College in Illinois, where he also served briefly as Liberal Arts/Engineering program coordinator. During his graduate work, he served as both a teaching and research assistant, which helped inspire the current practice of his profession. His research thesis involved the design of a microwave microstrip antenna array applicator to non-invasively induce localized hyperthermia therapy (fever temperature heating) for cancer treatment, sponsored in part by the U.S. Department of Health and Human Services.

With his wife Beth, who speaks fluent Italian, Dr. Underwood participated on a cross-cultural trip with Messiah students to Italy (1994) and a missions-service trip to Kunming, Yunnan Province in China (1998). During 2000-01, he was selected as a NASA Summer Faculty Fellow at Goddard Space Flight Center (GSFC), where he did research on design and modeling of microstrip antenna structures for spacecraft applications. In January 2005, he partnered with PACTEC to learn more about Very Small Aperture Terminal (VSAT) technology, using commercial-sized satellite dishes for Internet connectivity in remote locations; in Kabul, Afghanistan he observed how PACTEC works with VSAT in the field. This experience with PACTEC, and conversation with a pilot motivated a current aviation related Collaboratory project he continues to pursue with students, as described below. He has also served as a guest lecturer at Chiang Mai University (CMU) in Thailand (summer/fall 2005) and at Mekelle Institute of Technology (MIT) in Ethiopia (summer 2008).

Dr. Underwood currently serves as a Collaboratory Faculty Project Manager for a Flight Tracking and Messaging Systems (FTMS) project as a solution for small aircraft in remote locations and a Fluency Assistance Device (FAD) project to help people alleviate difficulty with stuttering. His technical interest and expertise is in the areas of analog/audio circuits, electromagnetics, microwave microstrip antennas and wireless communication systems. Since August 2007, he has held an Amateur Radio Extra Class license, with call sign KB3OOM.

Harold and his wife Beth, married since 1992, have one son, Ben. They are actively involved members at the West Shore Evangelical Free Church of Mechanicsburg, PA.