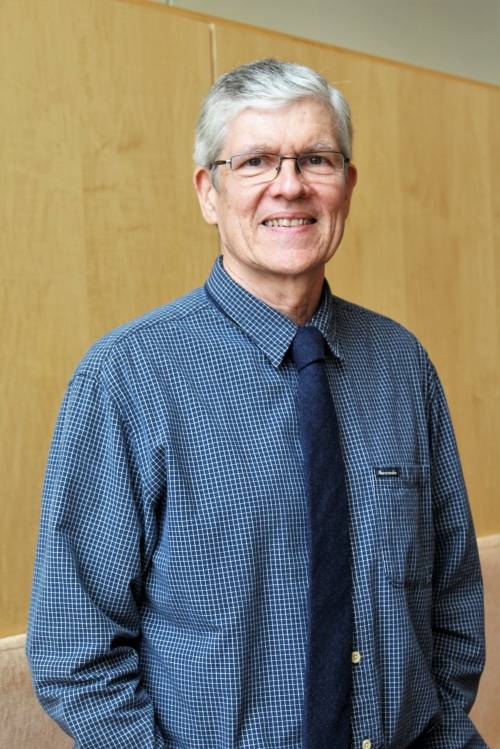 Dr. Pratt grew up on a small farm in western New York state, where he learned the practical side of engineering fixing farm machinery. After studying electrical and mechanical engineering at Case Western Reserve University, he worked for IBM until 1981 when God called him to full-time service. Assuming that meant leaving engineering, Don completed a program in Biblical studies at the Moody Bible Institute, and then taught physics, math, and computer technology for several years in a Christian high school. However, God had other plans, and He eventually led Don to understand that all gifts and abilities (even engineering!) come from Him, and He began to give Don a vision for engineering as Christian service.

Since coming to Messiah College in 1993, Don has started the Genesis Solar Racing Team, the Flying Club, the Landmine Action Project, and the “I'm Worth Waiting For” club. He is co-founder and one of the current faculty advisors for the Collaboratory for Strategic Partnerships and Applied Research. Don's research interests include detection and destruction of explosive remnants of war, electric vehicles, light aircraft design, and alternative energy. His favorite hobby is building and flying small airplanes.

Don has been involved with PBS Television, including co-directing two seasons of the award-winning program "Design Squad" and providing technical assistance for “American Experience,” both produced by WGBH Boston. Design Squad, a popular "engineering reality" show targeting kids from middle through high school, sought to shatter the myth that engineering is dull and boring.

For over 25 years, Don has been working on a wide range of landmine projects, and has recently been working with The HALO Trust pioneering a method of safely destroying mines and other remnants of war safely and effectively by immolation. The equipment produced by Don and his students is currently being used in six countries where landmine remediation is ongoing.

Don is married to Kathy, and between them have five children and six grandsons. Don and Kathy are active members of an inner healing prayer ministry called ConnectUp.