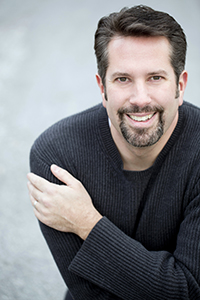 Dr. Damian Savarino, Bass, is an Associate Professor of Music at Messiah College where he teaches undergraduate voice, diction, as well as Vocal Pedagogy for the graduate conducting program, and is the director of the Messiah College Opera Workshop. Before his appointment to Messiah, he served on the voice faculties of the American Musical and Dramatic Academy in New York City and Drexel University in Philadelphia. Dr. Savarino holds degrees from Ithaca College and the New England Conservatory and recently completed the Doctor of Music Arts degree in Vocal Performance at the Catholic University of America in Washington, D.C. As a performer, Dr. Savarino has appeared with opera companies and orchestras across the nation such as Teatro Grattacielo (Lincoln Center), Central City Opera, Des Moines Metro Opera, Summer Opera Theater Company, Distinguished Concerts International New York (Carnegie Hall), the Handel and Haydn Society, the Indianapolis Chamber Orchestra, and the Harrisburg Symphony. He has also appeared as a recitalist in Germany, Greece, Sicily and at Penn. State University. He is a member of the National Association of Teachers of Singing (NATS), the American Guild of Musical Artists (AGMA), the National Opera Association (NOA), and the College Music Society (CMS).