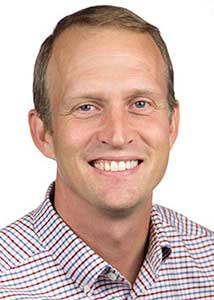 As an advocate for the Church’s role in missions and alleviating extreme poverty, Peter has been a speaker at conferences such as Catalyst, Passion, Harvest International’s Development Conference, and Jubilee, and he has been featured by Christianity Today, World, Forbes, CNN, and RELEVANT.

Peter Greer is the President and CEO of HOPE International and the Entrepreneur in Residence at Messiah College. Prior to joining HOPE, Peter worked internationally as a microfinance advisor in Cambodia, technical advisor for Self-Help Development Foundation in Zimbabwe, and managing director for Urwego Community Bank in Rwanda. Peter and his wife, Laurel, live in Lancaster, PA, with their three children: Keith, Lilianna, and Myles. Website: http://www.peterkgreer.com Twitter: https://twitter.com/peterkgreer