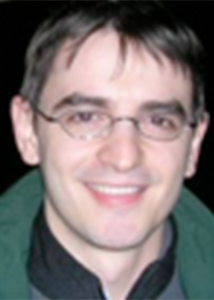 After graduating with a major in philosophy in 2004, Scott took a position as a business systems analyst in May, 2005 for Stallion Oilfield Services, Houston Texas, where he is currently employed. After a year on the job, he began a master’s in business administration program at the University St. Thomas in Houston, earning his MBA in May, 2009. Scott had this to say about the value of philosophy in an email:

It is not an exaggeration to say that, of the 3 degree plans I have followed (biology, philosophy and a master's in business),

philosophy has been the most useful at work.  No field of study could prepare me for the various situations I face at my job, but philosophy has provided me with the logical training and tools necessary to analyze, solve,

and discuss complex problems, particularly those involved in designing and maintaining databases.  I believe, without reservation, my education in philosophy has helped me find success in business.

At our alumni gathering in 2009, Scott told Dr. Miller that when he first started as a business analyst, his boss was amazed that he already knew how to do the kind of analysis he was asked to do, at which point Scott informed his boss that his training in philosophy provided the necessary skills. Further, when Dr. Collins emailed him about how we could improve our philosophy program, Scott’s main recommendation was to get the word out about the value of philosophy, particularly to majors in the sciences.