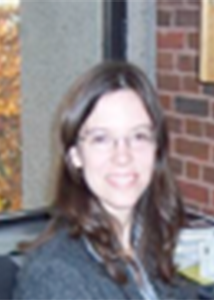 Sharon had this to say about the preparation received in the Messiah College philosophy program:

My experience in Messiah's Philosophy Department was excellent preparation for my current career as a professor of philosophy at Brandeis University in Waltham, Massachusetts. It's because of the Messiah Philosophy Department that I found this career in the first place. I was a music major for a year before I took a general education course in ethics and so discovered philosophy. . . .I immediately decided to leave music, and though I originally chose to become a humanities major simply concentrating in philosophy, the longer I studied, the more inclined I became to spend all my time on philosophy classes. In the meantime, Dr. Caleb Miller talked to me about possibly pursuing graduate school, and I realized that philosophy really was a viable career path. To prepare myself better for grad school, I switched to being a full-time philosophy student.

The preparation I received for grad school [in philosophy] was excellent. I was able to go directly from receiving my bachelor's degree at Messiah to beginning a five-year Ph.D. program at the top-ranked department in analytic philosophy, at New York University. My ability to do that was due not only to the quality of the teaching I received at Messiah but also to the extra time my advisor spent making me aware of extra opportunities to interact with the larger philosophical world. Dr. Miller encouraged me to spend a summer studying Christian philosophy at the University of Notre Dame with Alvin Plantinga, who ultimately wrote me a letter of recommendation for graduate school . . .