Brothers Polyneices and Eteocles died at each other’s sword. The newly appointed King Creon praises Eteocles as worthy of a burial with military honors but deems Polyneices a traitor to his country and decrees he shall be left unburied. Antigone is a fierce battle of wills between Antigone, who believes in loyalty to family and honor to the divine, and Creon, who believes in loyalty to the state and honor to the law. Antigone was written in roughly 441 BC, but its themes of fervent activism, feminism, political dissent, and justice make this play so relevant, it could have been written yesterday. This production places the action of the story in the present day and uses a modern lens to view an ancient story.

*Please note that this performance contains some mature content (reference to suicide) and may not be suitable for all audiences. Viewer discretion is advised.*

This performance is live-stream only. 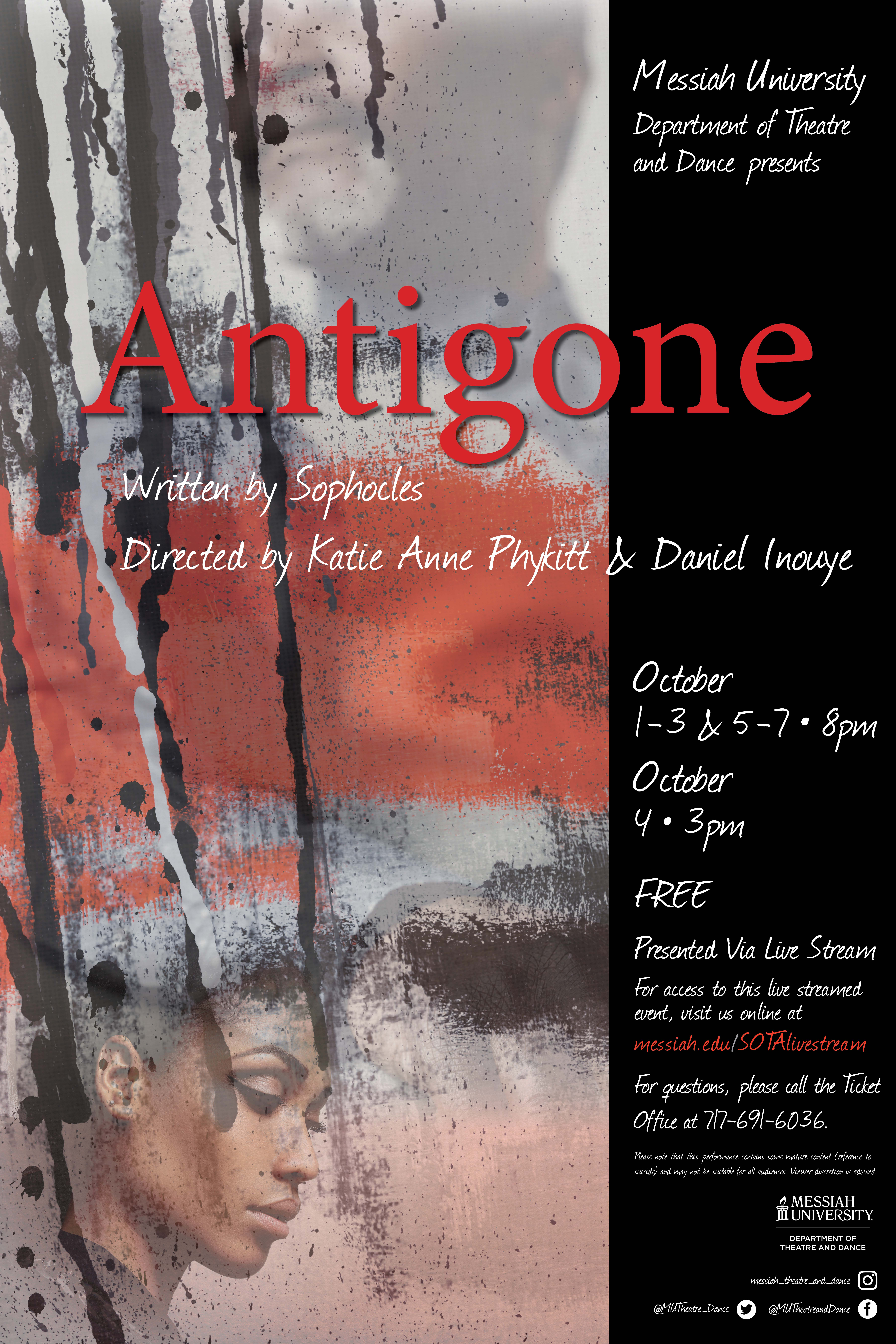 School of the Arts Events