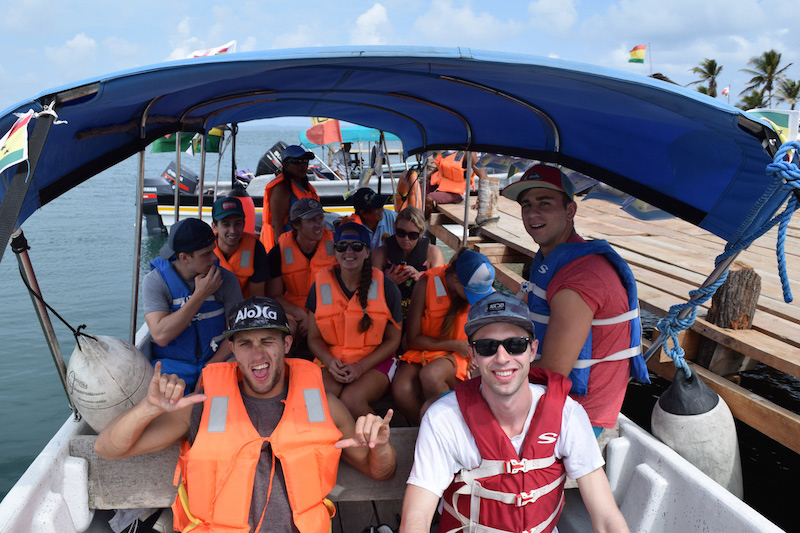 With 10 minutes left in Messiah’s Impact Venture Challenge event last spring, the audience waited with baited breath while the judges determined the three winning groups. "The third place winner is…" began one of the judges. A hush fell over the crowd.  "…Surf and Serve!" Cheers broke out, the loudest coming from Surf and Serve owner and then-senior communication major Cameron Gilmore and his two team leaders, Todd Davis (accounting) and Paul Van Winkle (business administration). 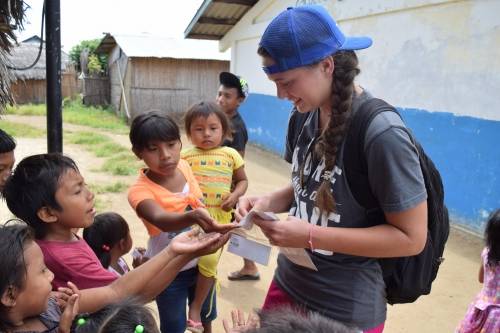 When starting his missionary organization, Surf and Serve, three years ago in 2012, Gilmore had no idea that he would walk away from a business challenge event with the third place prize. Surf and Serve began during Gilmore’s first year at Messiah. He had a dream of fulfilling missionary work while traveling around the globe and helping those in need.

Today, Surf and Serve aims to find those in need in the world and provide them with people willing to serve, all while enjoying the travel experience. "It's a relaxed, fill-the-need mission trip style," explains Davis. "It's through people that we can take these missions. It could be anyone. We want to make it easier for people to get out there."

Rather than creating a new product, Surf and Serve connects those in need around the globe with those who can help. "We're simply collaborating with people’s needs that already exist," says Gilmore. "Our mission is to provide unique travel opportunities that impact lives and further God's Kingdom." 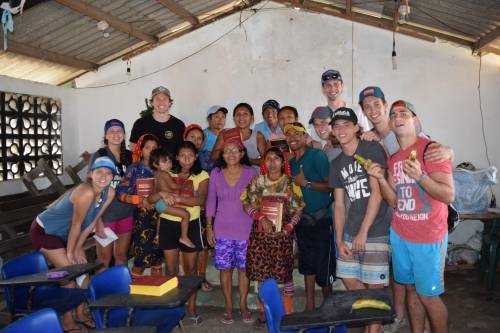 In the beginning stages of Surf and Serve, Gilmore considering trying to get Messiah College club status for the organization. Instead, he decided to make it his own business.

The result of a lot hard work, Surf and Serve had its first missions trip during Spring Break ‘15. Gilmore and his team traveled with 10 Messiah students to Panama. Their work included distributing Bibles and improving the homes of natives. They also had plenty of chances to surf.

As Surf and Serve has grown over the years, Gilmore has seen many connections to the classes he's taken, especially in communication. "Almost every single project I've had, I've connected it with Surf and Serve," he says. "I somehow find a connection. It could relate to the communication process or how I've grown in faith."

After hearing about the Impact Venture Challenge, Gilmore immediately knew he wanted to participate in the event. The business plan competition sports a three-fold purpose, according to co-founder Ebenezer Degu ’15: “to harness the entrepreneurial wave that is in the millennial generation, to provide students on campus with a platform for growth in practical business experience, and to put Messiah College on the map for starting society changing businesses." 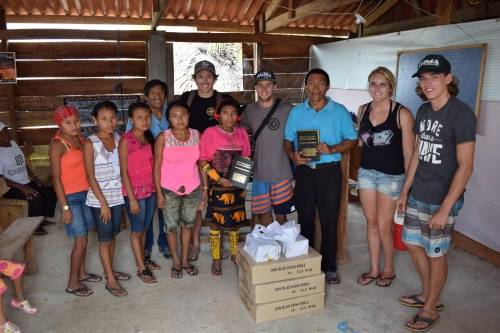 Communication also played a big part in helping Gilmore and his team prepare for IVC. "[Impact Venture Challenge] is about telling your story and being able to articulate a vision," explains Gilmore. "We have to go onstage in front of 300 people and by the end of the night have those people buy into a surf industry. We had to take a week to learn how to target an audience, direct a message, and more."

IVC also gave the Surf and Serve team a better understanding of how to create and manage a business. "The thing we got out of it most was guidance and a business plan," Davis says. "It wasn't the money. We were pushed really hard to work hard against the competition. It made us do a lot of research about what it means to do a business."

"It forced us to be introspective about how we communicate and [how to] get people sold," adds Van Winkle.

About a week prior to the business challenge, the Surf and Serve crew had a newspaper interview, and they took notes on how to communicate. "We know our business so well because we were forced to look at it every night for a month," jokes Gilmore.

The three Surf and Serve members are proud of their success at the IVC. "It was cool to get the message out. People responded and we're recognized now," Davis says. Gilmore mentions that people he's never met or hasn't talked to in a long time ask him about Surf and Serve and how his business is going. 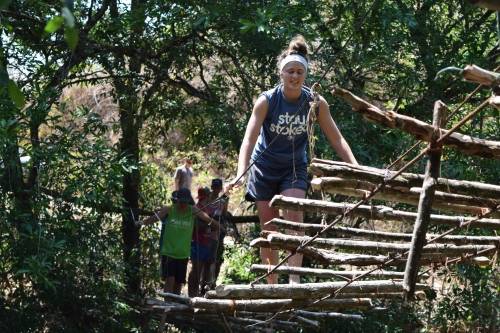 Van Winkle explains the upcoming goals for Surf and Serve. "Short term, we're looking to travel and create a bigger web of partners we can send our business too. Long-term, we hope to create more validation for our business and take off with it."

In Spring of 2015, Surf & Serve took a group of Messiah students to Panama with the goal of partnering with local surfers to initiate Christ-centered relationships.

While in Panama, the students teamed up with Rio Missions to distribute Bibles in the native Kuna language. They were one of the first groups to do so. Check out their Facebook for more info!