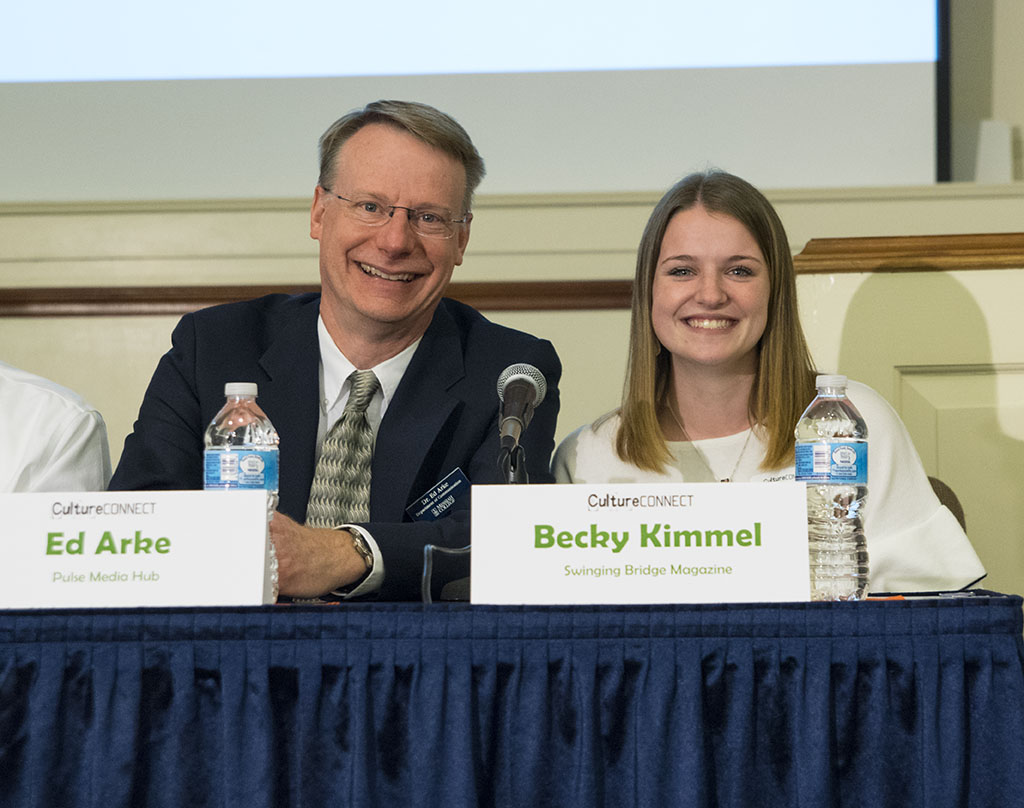 Accusations of “fake news” seem to be everywhere these days. Claims come from people inhabiting all regions of the political spectrum, making it hard for the American public to decipher who to trust.

Cate Barron, vice president of content at PennLive and the Patriot-News, says she keeps diversity in the newsroom. “It’s that diversity of thought that really keeps you balanced.”

Likewise, consumers should get news from multiple sources to gain well-rounded perspectives on the news, says Dr. Arke, who is also faculty manager of the Pulse Media Hub.

Television remains the primary, and most trusted, news source, says CJ Hoyt, news director of ABC27. For TV news, though, a problem lies in the national 24/7 news cycle, because national channels tend to chip away at the trustworthiness of the entire industry.

Hoyt warns consumers to be especially skeptical if a story speaks to one’s greatest hopes or fears. “Before you share, check.”