Dancing with the Media 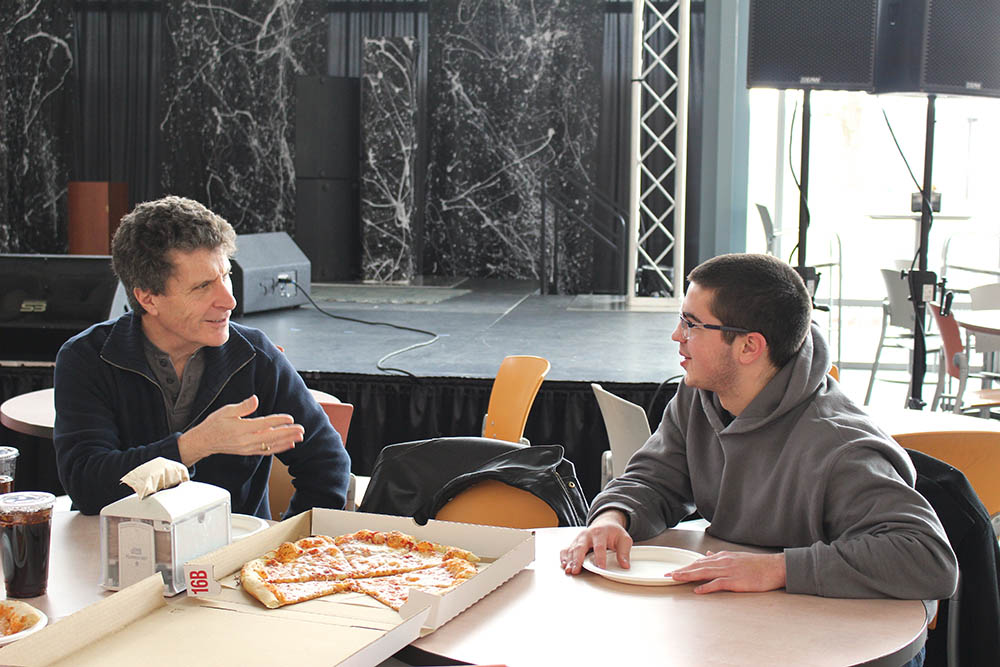 Media continuously changes, and strategies for engaging with media representatives require constant updates for public relations practitioners. However, as Ken Stone pointed out in his guest seminar on February16, 2017, techniques exist to help communicators pique the media’s interest. Stone spoke with the authority from 20 years of experience as a radio and television news reporter, news anchor, news producer, talk show host, documentary producer and news director.

Stone’s seminar on media training was one of six sessions he presented in the Communication Department’s three-day Professional in Residence event. This year marked the first conference-style event that invited a communication professional to the college to interact with the students in various workshops and in informal settings as well.

According to Stone, the first step to successful media relations requires always having a reaction plan. If something happens in an organization, the media relations professional needs to have a story ready. And even if the situation does not represent a crisis, the importance of approaching the media with a ready-made story still exists.

In his seminar, Stone advised his audience to give stories to reporters by first building a pyramid. The base of a quality pyramid defines the organization’s goal. Before even setting pen to paper, any writer should first decide what base objective exists. The second pyramid tier determines the audience—who does this story target? Third, figure out the specific message. Once the writer determines the organization’s goal, audience and message, she can begin writing through a strategic lens. The final piece of the pyramid specifies the sender delivering the message—what medium exists? What outlets will the organization utilize? Once the writer builds that pyramid, she can construct the written piece to give to reporters. Because of the appealing, formatted lens of a pyramid-breakdown, reporters will seem more likely to pick up the story.

This methodology, however, applies to far more than just the written word. When interacting through interviews and face-to-face conversations with reporters, media relations professionals should keep the same pyramid in mind: What is the organization’s goal? Who is the audience? What is the message? Who is delivering the message?

Stone then took the process a step further, and encouraged the audience to really think about the messages they convey. He mentioned the importance of communication buzz-words like pathos, empathy with the audience, ethos, the ethical standing of the sender, and logos, the actual argument and message presented. But he argued that, because any receiving audience’s perception of the sender relies on more than the literal words. When senders construct their messages, they need to frame their pathos, ethos and logos around the concept of holistic branding. They need to first determine who they are, and then decide how to best portray that through their medium and message.

Stone cited surprising statistics that audiences perceive the sender’s personality and trustworthiness primarily through nonverbal elements of the presentation. According to Stone, 55 per cent of the created perception results from the facial expressions, gestures and posture of the sender. Vocal elements, like tone and inflection, comprise 38 per cent of the message received, and only 7 per cent comes from the words actually said. Thus, as Stone emphasized, a sender should always keep in mind who they represent, and what message they need to portray.