Behind the Farm Show 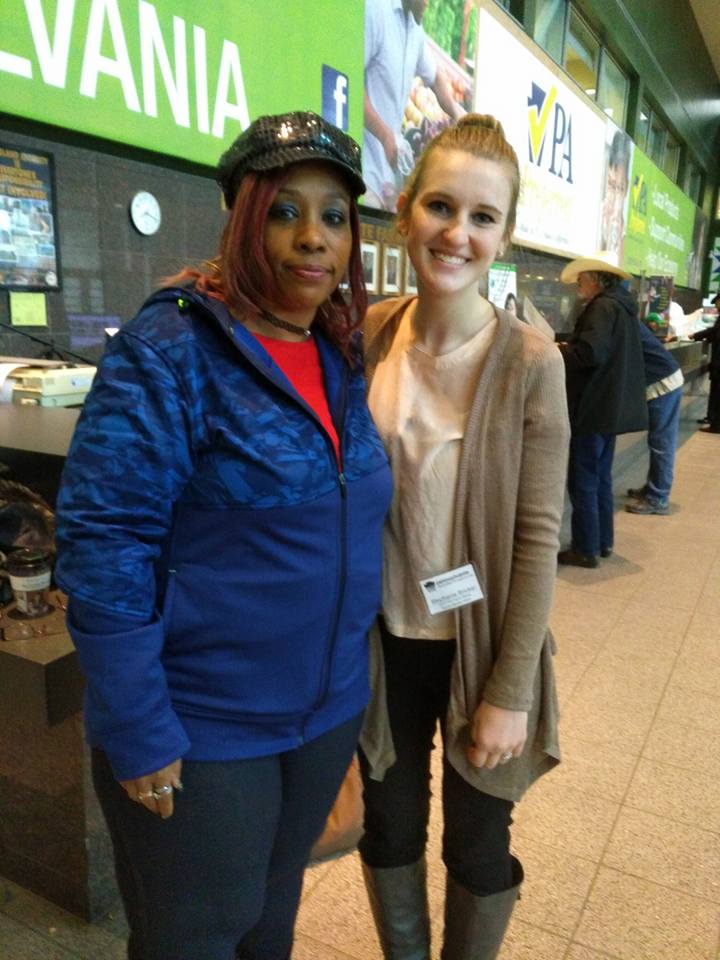 Stephanie Bricker, a junior Public Relations major, combined two of her loves, farming and communications, in her first internship experience. From Jan. 6-14 Bricker worked as the social media intern for the 2017 Farm Show in Harrisburg.

Every day brought new tasks and activities to cover, but the mornings all started the same. At 7:30 a.m., Bricker met the individual scheduled to sing the National Anthem that morning, and, after a few mic checks, she filmed the singer on Facebook live. Then she headed off to cover the day’s other events.

Bricker rotated between working general coverage and Culinary Connection. “On general coverage days, I would be assigned to an average of four events per day. At these events, I would take pictures, write Facebook, Twitter and/or Instagram posts and do Facebook live if an event was interesting enough.”

Every other day, Bricker worked Culinary Connection, PA Preferred’s sponsored demonstration center. All day, chefs and other cooking demonstrations kept the Culinary Connection abuzz. “Because they wanted heavy coverage for PA Preferred this year, I would be stationed here every other day, posting on all three social media channels about once or twice an hour,” Bricker said.

In order to provide quality coverage and responses, Bricker had access to the best seats in the house. “I loved having access to the arenas!” Bricker said. Bricker also enjoyed treatment as a real professional. “People were asking me questions about social media and communications that I knew how to answer because of my education,” said Bricker. “It was really cool hearing communications terms being thrown around in the press office because everyone there had a similar background and passion for communications.”

Having grown up attending the farm show, the experience highlighted her love for agriculture and communication. “It was an entirely new kind of experience with events I had seen before. As a guest, I have always loved learning about PA’s agriculture, especially the animals.” This experience not only deepened Bricker’s appreciation for the events, but also gave her invaluable experience within the public relations world.