Although we are a relatively small department, our faculty represents a wide variety of expertise, ranging from particle and dark matter physics, to solid state and materials physics, to optics and biological physics. All faculty members have active research programs with dedicated laboratories for their research, and all invite qualified and motivated students to participate in the research.

Students interested in pursuing undergraduate research often begin their research projects with a 1-credit course in which they explore and then write a research proposal for the project they will be doing. Then the following semester(s), they can sign up for a 1, 2, or 3 credit individual research course, where they work with a faculty member to conduct the research project. This can be used to fulfill the Honors Project requirements for students in the Honor’s Program.

In addition, many students apply for summer research experience for undergraduate’s (REU’s) programs, hosted by national laboratories or research universities.

My research interests lie in bringing insights from optics to bear on biological problems, particularly as they relate to human health. This approach takes two forms. The first is to develop suitable microscopy techniques that allow for the visualization of cellular and sub-cellular structures of interest within living model organisms, such as the dendritic processes of neurons in the mouse or zebrafish central nervous system. The development of these techniques allows for us to better understand healthy and pathological states by recreating them in an animal and capturing dynamic changes.

The second is to develop spectroscopy techniques that are suited to point-of-care diagnoses, especially for under-resourced areas of the world. Many standard biological approaches require scarce or expensive reagents and/or equipment, and often require samples to be sent to distant labs for analysis. By identifying and utilizing the unique optical properties of diseased states, we hope to develop diagnostic tools that are rapid, inexpensive, and can be performed while the patient is present. 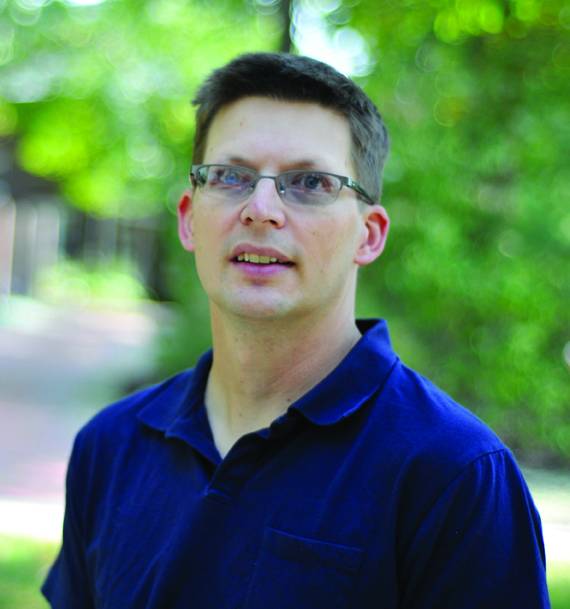 Thin film deposition and materials characterization:
A thin film is a layer of a material ranging in thickness from a monolayer (one atom think) to several micrometers (which is still pretty thin!). Thin films are used in many applications; hard wear protective coatings on tools and machine components, anti-reflective coatings in optical applications, magnetic coatings in hard drive memories, and electric materials for semiconductor applications, just to mention a few.

I use technique called magnetron sputtering to deposit thin films, and my research is concerned with controlling the structure and properties of the thin films and how they relate to deposition conditions, such as pressure, temperature, gas composition, ion flux and ion energy.

The physics of golf:
As a physicist and avid golfer (although I don’t have time to play very much), it is natural for me to be interested in the physics of golf. I work both with theoretical aspects (e.g., calculating the optimum swing sequence) and practical research (such as testing and evaluating training aids and equipment).

My work in cosmic rays is particularly focused on their origin and their nature.  The highest energy cosmic rays are very rare therefore the detector coverage area needs to be large to collect the needed statistics. New detector technologies that cover large area inexpensively are therefore needed to understand the nature of high energy cosmic rays.  One such a technique involves radar detection which I have developed in collaboration with few colleagues.  I am interested also in large area correlated showers in search of new physics phenomena.

Weakly Interacting Massive Particles are  well motivated candidate for Dark Matter which constitute about five times more than ordinary matter.   Cryogenic Dark Matter Search (CDMS) Experiment has been at the forefront of these searches.  I have been working in collaboration with CDMS group at Fermi National Laboratory towards the development of neutron veto for the next generation SuperCDMS at SNOLAB experiment.  This worked has been supported by the Visiting Faculty Program of the Department of Energy and has included several students engaged in this cutting edge research.

Some of my R & D work includes compact detector development using Silicon Photomultipliers as new photon detectors.   These detectors could be used any particle physics experiment all the way to Positron Emission Tomography. 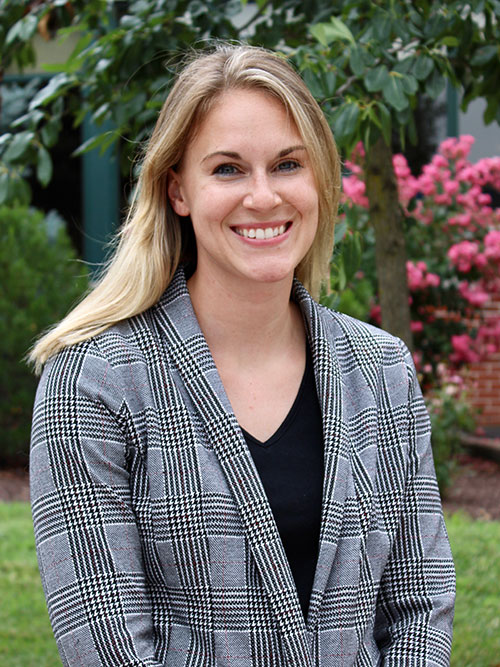 My research interests involve a branch of mathematics called Combinatorics, specifically combinatorial objects called tableaux (perhaps use image attached). The tableaux that I work with are connected to an interacting particle system called the asymmetric simple exclusion process (ASEP) which is used extensively in other fields such as physics, biology, and biochemistry. My work involves analyzing statistics on random tableaux especially statistics that are connected to interesting properties of the ASEP. I love to involve students in my work as aspects of my research is accessible to students after an introduction to these types of tableaux and learning some basic probability theory.

Department of Computing, Mathematics and Physics