U.S. college students seek help in record numbers as counselors work to keep up with demand 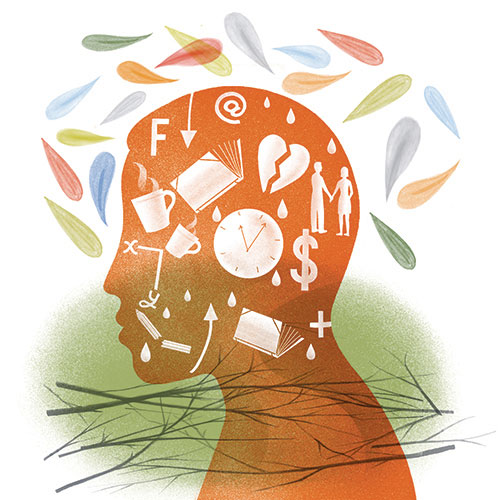 In 35 years of working with distressed students, Eleanor Muir, the director of Messiah College’s Engle Center for Counseling and Health Services, has faced a new reality the past two years: Making students wait.

By October of 2016—and again by February of 2017—the center’s staff exceeded its capacity for counseling students and began a waiting list. For the 2017-2018 academic year, the center reached that point by September.

“It’s anxiety, by far anxiety,” said Muir, a licensed professional counselor, of the biggest issue facing students and, in turn, mental health professionals on campus. “A full three-quarters of students we see as clients have anxiety as a significant or the most serious presenting problem.”

The trend holds true at colleges across the U.S. According to the Penn State Center for Collegiate Mental Health’s 2016 Annual Report, which compiles data from 400+ colleges and universities, anxiety ranked as the most common reason students sought counseling in the 2015-2016 academic year (the most recent year statistics are available).

Messiah faculty and staff say anxiety—and its counterpart depression—can be seen not just at the Engle Center, but also in classrooms, dorms and all facets of college life.

“In the 20-plus years I’ve been involved with college students, I’ve seen an increased lack of resilience. They are increasingly unable to handle well stressors that come their way,” said Doug Wood, associate dean of students. “And it’s been vexing for us in the student affairs world.”

What’s causing the jump in anxiety levels for today’s students? It’s a complex issue without a simple explanation. “My guess is ... many cultural and societal and sociological as well as personal and even technological threads are contributing to this,” said Muir.

A shift in parenting styles could be one contributing factor. Chuck Jantzi, Messiah professor of psychology and father to four children who all ventured off to college, says many in his generation of parents have tried to be their kids’ friends, which can have positive and negative effects. “We know more about their stressors, so we try to protect more,” he explained.

This tightened bond between parent and child has had an interesting effect in his classroom. “I field more calls from parents now about their kids than I ever did in the ’90s,” said Jantzi.

The decreased stigma of mental health issues combined with the increased number and availability of psychological drugs also have changed the student body – literally and figuratively.

How Messiah is responding

The Engle Center added another full-time counselor last fall, increasing the staff to a full-time equivalent of five counselors. Unfortunately, it’s still not possible to meet every counseling request immediately.

“[Our counselors] have all stretched themselves beyond their normal capacity to try to meet the need,” said Muir.

As a result, the center now prioritizes the highest levels of risk and distress for immediate counseling and refers students with lower levels of distress and dysfunction to outside resources. That might mean suggesting a student find a counselor off-campus or in one’s hometown. Or, referring students to another resource on campus that makes sense for them – the Intercultural Office, the College Ministries Office, even Messiah’s Career and Professional Development Center.

Separately, Wood coordinates Care Team meetings on behalf of students who are identified by faculty and staff as struggling in a variety of ways. Those meetings include the student’s “community of care” – a residence director, a coach, an academic adviser, an Engle Center representative and anyone else relevant to the student’s life on campus. They discuss what’s going on with the student and put together a plan for how to best help the individual.

The number of Care Team meetings has risen during the last few years, from one or two per semester in the past to almost a dozen in the fall of 2017, Wood says.

The Engle Center staff also started a weekly anxiety management group, to which they refer some students.

“It’s a skill-building group,” Muir said. “They train in cognitive responses to anxiety as well as specific behavioral skills such as relaxation and mindfulness.”

Amy Slody, director of disability services, says she increasingly helps with similar skill-building in her office. When she started working at Messiah six years ago, about 75 students registered with the Office of Disability Services, which provided academic coaching for 20-25 students and proctored about 25 tests a semester for students with special needs. Today, the office serves 252 registered students, including a handful with physical disabilities. 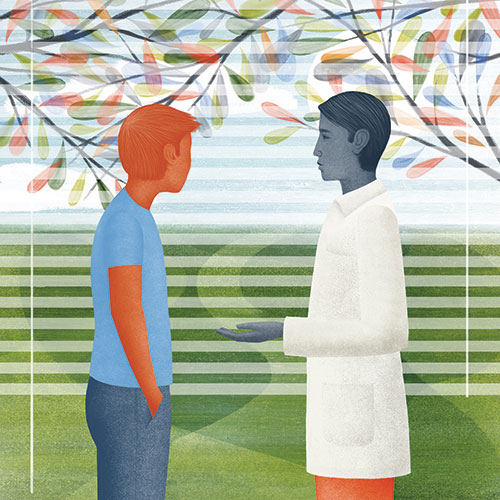 At the end of the fall 2017 semester, the office proctored 320 exams in four days’ time. Also, roughly 100 students with ADHD, learning disabilities, and psychological and other health impairments now take advantage of the office’s academic coaching services. Slody says lately the scope of that coaching has shifted from straight academics to more mindset coaching and troubleshooting the roots of anxiety.

“We’re doing a lot of trying just to calm students down,” she said. “I’m not a counselor. I don’t have a counseling degree, but for some of them we just have to do positive behavior discussions. ‘You have to think better, you have to be more confident, you have to be more optimistic.’ Because they’ll come in so defeated. So it’s more of overcoming what’s in their head.”

While there’s no peer counseling at Messiah, peer programming is available through Minds Matter, an undergraduate student organization that works to raise awareness and lower the stigma about mental illness. In addition, resident advisers, who are carefully vetted with a close eye on their own mental health and handling of stress, receive periodic training on those issues, as well.

What’s unique about Messiah’s Approach to this national issue?

As with all facets of life at Messiah, prayer and Scripture are tools used mindfully across departments and in many contexts, both when a student requests that avenue of support and privately among staff charged with caring for these young adults with such myriad needs and struggles.

“I think the faith piece is a pretty crucial tenet behind our approach, and I’d like to think that’s our distinctive from other institutions,” Wood said. “But it’s just part of how we live out our mission as well.”

Meanwhile, the Engle Center works tirelessly to meet students’ needs with a multi-pronged approach. “Not all colleges have a unified medical and counseling service,” said Muir, “so I see that as a great advantage to us.”

Read more about M.A. in Counseling