Messiah University is preparing to welcome students for an in-person, on-campus start in August 2020 with flexible learning options, health and safety protocols and student care and support.

David Pettegrew, co-chair of the Department of History and professor of history and archaeology at Messiah University, recently received a fellowship for $35,000 for the 2020-21 academic year from the Loeb Classical Library Foundation (LCLF) of Harvard University to support his work in archaeo 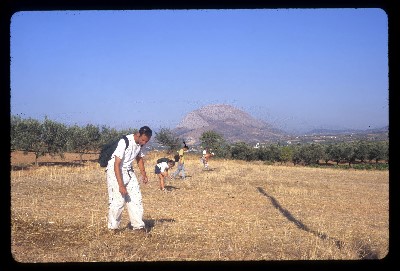 logy in the Mediterranean.

“I’m working on two projects during the sabbatical: a book on the archaeology of early Christianity and the final publication of an archaeological survey of the region surrounding Corinth, Greece,” said Pettegrew. “The first project aims to provide a primer to undergraduate students, the church and broader publics about how to think productively about archaeological evidence for understanding early Christianity.”

The Loeb Foundation Grant supports the second project, the final publication of the Eastern Korinthia Archaeological project, which took place about 20 years ago and involved multiple institutions and dozens of people.

“We walked across the territory of ancient Corinth and recorded the artifacts and building remains we saw. My goal is to study the results of the survey and write a history of patterns of trade and settlement in the hinterland of the Greek and Roman city of ancient Corinth. This is, by the way, the same Corinth that St. Paul visited and wrote to in the mid-first century,” said Pettegrew.

Both projects he works on during his sabbatical stand to benefit his teaching. “I plan to use my research … to develop a course on the history of the early church in the long Roman empire and to develop new lectures in my history of western civilization course. The sabbatical will help me develop new materials to teach students how to think historically  and comparatively abo 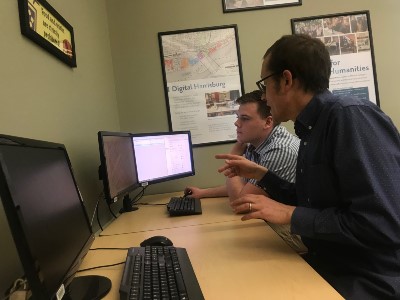 This is the second time Harvard has awarded him this fellowship, the first being in 2012. His previous grant allowed him to write a historical book on the Isthmus of Corinth, an area central to Greek history.

“I was honestly surprised that they gave me a second award. LCLF grants are competitive, and I had no expectations they would award me funding for a similar project. The fact that I received funding a second time is some indication, I think, of how significant and central this region is for the history of ancient Greece,” said Pettegrew.

At the local level, Pettegrew also heads up Messiah’s work in Digital Harrisburg and the Commonwealth Monument Project.

“It is quite something that David can be so effective at that local work, and yet so outstanding in the field of Mediterranean archaeology that he can receive something like the Loeb,” said Pete Powers, dean of the School of Humanities.