How Brian Williams Hurt Himself, NBC, and the Journalism Field

All the journalism and public relations classes teach it: Be truthful! Don’t lie! Few things are worse for a reporter or someone working in communication than lying. Any time a reporter—especially a well-known one—lies, nothing good can follow.

When Brian Williams was caught in his lie on the NBC Nightly News, the media went into a frenzy. Shortly after, Deborah Turness, NBC president, suspended Williams for six months. Many questioned his credibility as a reporter, and NBC started an investigation into the accuracy of Williams’ work. This goes to show how easily a reporter’s credibility can be lost with one slip up. 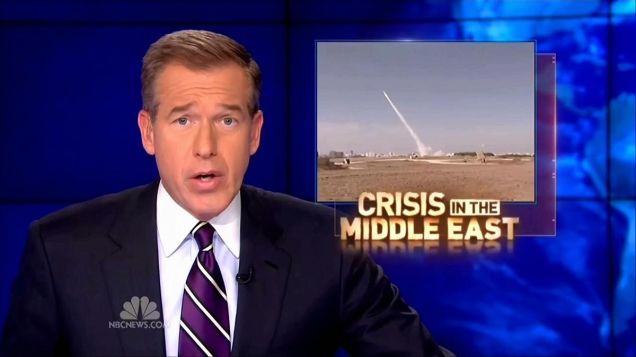 The situation arose when Williams recounted his story during his normal newscast. He described how his helicopter was shot down by enemy fire, but it didn’t take long for veterans to question his story. The situation further escalated when this story was repeated during a New York Rangers game Williams attended with a friend and army veteran. Williams admitted to “misremembering” the situation after so many negative comments aroused suspicion.

So, why didn’t NBC fire Williams immediately? Many professionals in the field believe his actions are inexcusable. "It's basically a slap on the wrist,” said Mark Feldstein, a broadcast journalism professor at the University of Maryland. “If you or I had done this, we'd have been fired immediately.” (USA Today)

Not only has Williams hurt his reputation as a reporter, but the entire network’s credibility is now under question. Stephen Burke, chief executive of NBCUniversal, said, “By his actions, Brian has jeopardized the trust millions of Americans place in NBC News.” (New York Times) The network as a whole must work to recover from Williams’ statements and regain viewer trust.

Part of the network’s reasoning might be the estimated 9.3 million viewers Williams draws in each night (New York Times), or his five-year contract with the network worth up to $10 million per year. Plus, Poynter explains, it gives the network time to assess damage. The truth is Williams brings in a lot of business for NBC. Losing him would be a huge loss to the company itself; but the suspension also gives the network time to investigate Williams and possibly find his replacement. Williams’ news anchor position has lasted longer than many others across all major networks (Poynter).

This recent “misremembering” is not the first time Williams has been caught lying or embellishing a news story. Since the discovery of his lie about Iraq, many of his past stories have been called into question, particularly his time with SEAL Team 6 and his coverage of Hurricane Katrina (Breitbart). More evidence suggests NBC was already aware of Williams’ tendency to “embellish” stories, but did nothing to fix it. Emily Bell from the Guardian says, “The conflation of information and entertainment has grown the business but diminished the reputation of journalism,” suggesting NBC, as well as many other news companies, are more concerned about the entertainment value rather than the accuracy of the news.

Rolling Stone writer Steve Daly offers a unique perspective on the whole situation. “Here is a more plausible scenario: a producer produces the package, gathers the video, writes a script. A tape editor puts it together. A writer watches it. The writer listens to the Rangers public address announcement, the writer hears, ‘. . .after their Chinook helicopter was hit and crippled by enemy fire.’ The writer's job is to pull out the most interesting, key piece of information. The writer does what writers do, which is punch up the language. This is the result: ‘. . .when the helicopter we were traveling in was forced down after being hit with an RPG.’ Cause. Effect. That is how we go from an inaccuracy to a lie.”

Maybe Williams never intended to lie so directly. Maybe it was the simple mistake of a copy-editor and Williams just read what was on the teleprompter. Williams is not the only one on set; multiple people work together to produce a broadcast. While Williams may have made several mistakes during the time as a news anchor, he may not be the only one whose integrity should be questioned.