Messiah University will be in session this spring with flexible in-person and remote learning options, health and safety protocols and student care and support. Visit our COVID-19 response website. 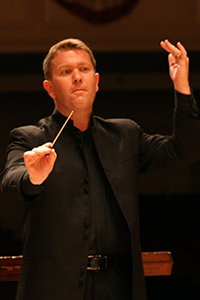 Dr. Timothy Dixon is Professor of Music and Director of Orchestral Studies at Messiah College (PA), where he conducts the orchestras and opera productions, and teaches orchestral literature and conducting at the undergraduate and graduate level.  Additionally, he is Conductor Laureate of the West Shore Symphony Orchestra (PA) and has been a regular conductor of the Harrisburg Opera Association.  Active nationally and internationally, Dixon has conducted numerous festival orchestras (at the county through all-state levels) in the Midwest and Mid-Atlantic region, as well as professional orchestra in Pennsylvania, New York, Connect, Georgie and in Germany and Ukraine.   His orchestras at Messiah College have been selected to perform multiple times at PMEA and NAfME conferences, and he has presented scholarly papers at conferences of the College Orchestra Directors Association and the College Music Society.

Before moving to Pennsylvania, Dixon served as conductor of the University of Iowa Philharmonia Orchestra, and the Preucil School String Orchestra, an ensemble which has been featured on public radio and television as well as in international festivals and tours. Timothy Dixon has also served as the Music Director/Conductor of the Middletown Youth Symphony (OH), the Saginaw Bay Youth Orchestra (MI), the Michigan State University Musical Theater Department, and the Michigan State University Campus Orchestra.  Dixon also served as string educator, grades 4-12, in the Middletown City School District (OH).