Messiah University is preparing to welcome students for an in-person, on-campus start in August 2020 with flexible learning options, health and safety protocols and student care and support. 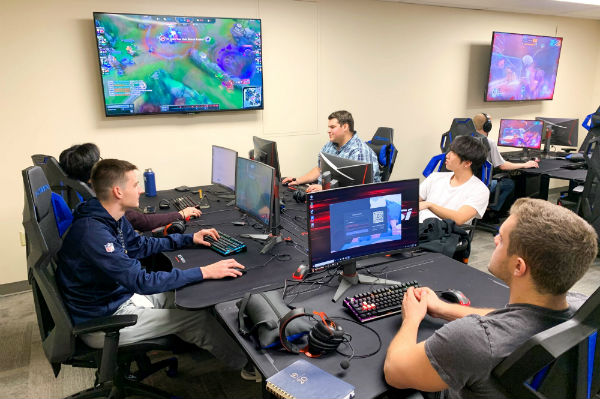 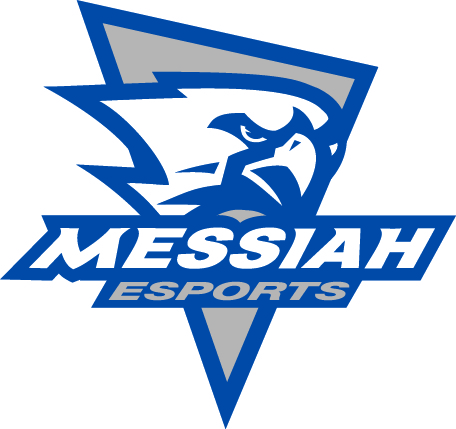 With Messiah College’s reputation as a fierce competitor in varsity sports, it should not come as a surprise that the school is jumping into the new and exciting world of competitive gaming. Messiah recently launched an exciting new esports program in response to student interest and an evolving national varsity landscape. This donor-funded, five-year pilot initiative includes a varsity team of students who will compete against other collegiate and amateur teams all across the nation.

Esports will be seeing the impact of the Falcon spirit in tournaments this spring. Described as “multiplayer video games played competitively for spectators,” esports has dramatically gained popularity since the late 2000s. In 2017, an estimated 100 million people worldwide were involved in esports, and two-thirds of the U.S. population over the age of 13 were considered gamers.

This growth in popularity has become prevalent on higher education campuses. According to the National Association of College Esports (NACE), the governing body of varsity esports, the number of U.S. higher education institutions offering varsity esports programs has increased from seven in July 2016 to over 130 institutions today. Esports programs are known to attract students who may not have previously considered a school, making it a viable opportunity to recruit and retain students while providing them with their desired cocurricular experience.

Students on Messiah’s esports team will practice and compete in the newly-renovated esports varsity practice space located in the basement of Mellinger Apartments. The space is equipped with three big-screen televisions and 15 new gaming machines with peripherals, as well as gaming desks and chairs, providing space for team meetings, scheduled practices, scrimmages, competitions against other collegiate and amateur teams, and coaching sessions.

Additionally, an unused classroom next to the practice space was converted into a gaming lounge available for use by all students, providing them with a new venue for socializing. This new lounge will be open during non-quiet hours, and will feature two big-screen televisions with Nintendo Switch consoles as well as board games.

Theresa Gaffney, head coach and coordinator of Messiah’s esports program, has worked in collegiate esports for over eight years at institutions including Harrisburg University and Collegiate Starleague. “It’s been exciting getting the esports program off the ground at Messiah thanks to the enthusiasm of the students here,” said Gaffney. 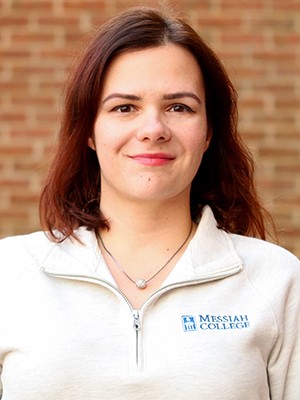 “The initiative that I’ve seen in our new players and the community in general is incredibly inspiring, and it’ll be a reason for us all to cheer them on well into the future. I fully expect the program to bring some positive competitive energy, and new opportunities for creativity and friendships to form as well.” - Head Coach Theresa Gaffney

Gaffney is one of the few female head coaches in the country for collegiate esports teams.

The College views the addition of esports as an opportunity to expand our cocurricular educational programming, allowing participants to connect over a shared passion and grow as students and professionals in this field at a high-quality level. “We are pleased about the addition of the varsity esports program to our already-robust cocurricular offerings at Messiah. There’s a great deal of excitement around the new coach, team and esports facility, and we have no doubt that this program will contribute to student learning, elevating our reputation of high student engagement and success,” said Kevin Villegas, Dean of Students. Students involved in esports must practice critical and analytical thinking skills, strategic decision-making, communication skills, and team building to be successful. Additionally, the esports industry consists of newly developing jobs and professions, including broadcast journalism for esports events, marketing that focuses and promotes esports’ brands, and engineering to develop the latest in esports technology.

The current varsity team has completed recruitment for the spring semester and will be competing with League of Legends, Overwatch, Hearthstone, and Rocket League. For upcoming fall season recruitment, the team will consider interested prospective students. Once the player lounge opens this spring, the team will begin developing the Smash Bros Ultimate scene. The team’s first tournaments for League of Legends were held Jan. 25.

Learn more about esports at Messiah

You can learn more about esports at Messiah by visiting gomessiah.com/esports or following along on Facebook, Instagram, Twitter and Twitch at @messiahesports. You may also reach out to Head Coach Theresa Gaffney at esportscoach@messiah.edu. For an informational session on esports hosted by Gaffney, guests from admissions and team members, follow this link on Feb. 18 at 5 p.m.