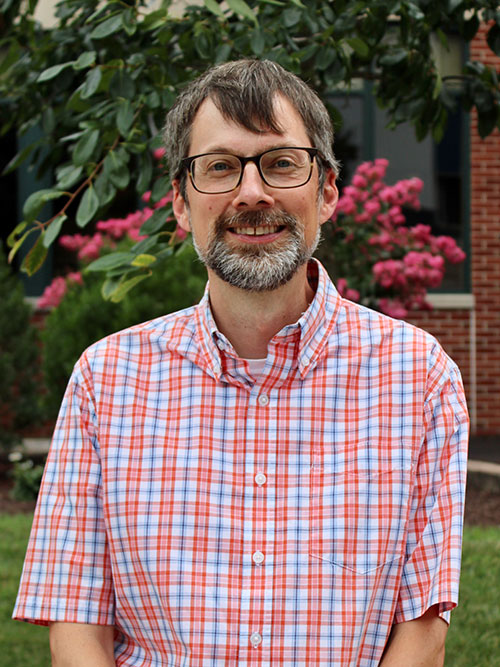 Dr. Owen loves to learn new things! Occasionally he's had the opportunity to learn something that wasn't just new to him, but to others as well. In graduate school he studied testing and verification strategies used to assure that desired properties hold for a distributed software system. In particular, his work centered around the question: how can we find bugs in a distributed software design, when it would require too much time and memory to exhaustively search the behaviors represented by an executable model of that design? In recent years he's enjoyed learning more about hardware design, graphics programing, computer vision and the design of programming languages. As a Christian he is also interested in how our daily experience with technology influences our view of God and what it means to be human.

In addition, Dr. Owen loves music of many kinds and enjoys riding and repairing old bicycles. He met his wife Gretta in 2002, when they were students together at the Summer Institute of Linguistics program at the University of North Dakota. They now live in Mechanicsburg with their four children, Gareth, Eliot, Eva and Gloria.