Say It Louder for the People in the Back 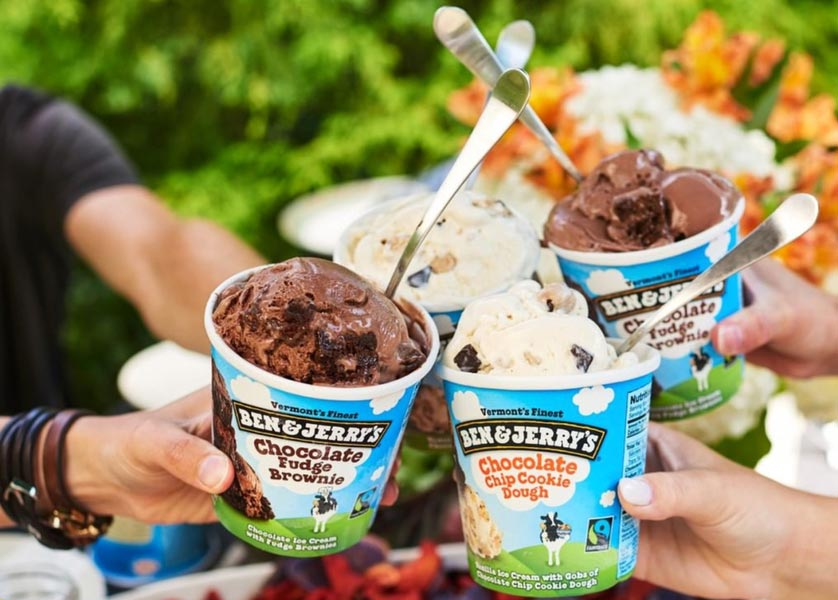 Socially and politically, the U.S. is very divided, and it’s not just citizens who pick a side and advocate for issues — brands have gotten involved as well.

According to PR Daily, this concept of companies making statements about world problems is called brandstanding and “stems from deep, authentic values shared by an organization and its consumers.” Despite the potential backlash, brands make statements on social and political issues, and this helps build authentic connection and loyalty with target audiences. Consumers show their support with their dollars, and people spend money at companies that support their own personal values.

However, these bold moves still involve risk. The moment an organization takes a stand, that will alienate and anger certain people who do not agree. Despite this, the prevalence of niche marketing makes brandstanding a great way to connect with the customers that brands really want to target.

One brand who has done this loudly is Ben and Jerry’s. Known for taking strong stands on social issues, this ice cream company based in Vermont does not hesitate to call out politicians for their actions. Ben and Jerry’s doesn’t try to hide its beliefs and even has a page on its website that clearly outlines which issues the company supports, from racial justice to fair trade farming.

A lot of brands will hop on this trend because of the marketing potential; by declaring support for certain groups, consumers may develop a more favorable attitude toward them. But Ben and Jerry’s takes it a step further. According to its Director of Public Relations, Ben and Jerry’s acts as a values-focused company that just happens to make ice cream.

What does this mean?

Ben and Jerry’s doesn’t engage in brandstanding because it increases sales and public support. Instead, it practices a values-led marketing strategy that revolves around issue advocacy. Everything the brand does stems from what Ben and Jerry’s, as a company, believes in and the changes it wants to see. Through this advocacy, it hopes to inspire customers to take action.

The main reason for its success is that Ben and Jerry’s actually practices what it preaches. Rather than publicly stating its support and stopping there, it takes the next steps to make a real difference, such as donating money, changing manufacturing processes to become more environmentally-friendly, or partnering with outside organizations. With a company as large and influential as Ben and Jerry’s, this makes a significant impact.

Despite the backlash Ben and Jerry’s receives, it continues to be loud in its advocacy and encourages customers to do the same. Because it’s not just for show — it’s for real change.