Why Politics at Messiah College? 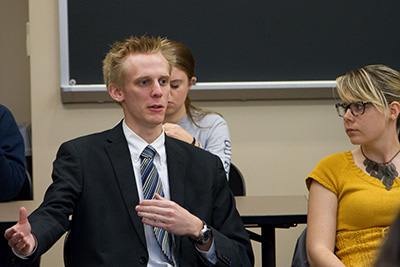 Diplomacy and international affairs? Critical issues like health, immigration, the environment, and race relations? If so, you should pursue a major in politics.

Politics is the study of the way in which people make collective decisions affecting life under government. From a Christian perspective, politics is part of God's provision for Creation, a means of reconciling human inclinations toward both self-interest and sociability. In short, if you are curious about the world, and you believe, as we do, that government has a constructive role to play in making for a better one, then the study of politics is for you.

Department of Politics and International Relations