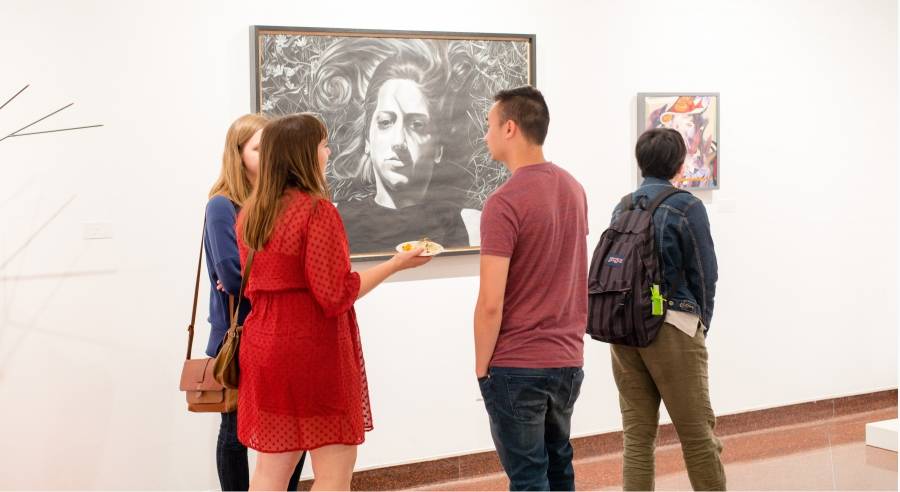 The Climenhaga Fine Arts Center opened in 1981, two years before Asa Climenhaga’s death, and began displaying art exhibitions in the new gallery space which was named for its donor, M. Louise Aughinbaugh.

The mission of the M. Louise Aughinbaugh Gallery was to present professional artist’s work for the community benefit and also the education of the few art majors Messiah had at that time. In addition to the Aughinbaugh Gallery in the Climenhaga building, Messiah has multiple designated areas throughout the top and bottom levels of the Calvin and Janet High Center for Worship and Performing Arts, which opened in 2013.

The Galleries at Messiah University