Intelligent, wise and timely communication from women has made a significant positive impact in our world. The month of March is women’s history month and an important time to remember some of these remarkable women. Even at the age of twenty, women like Malala Yousafzai have made an impact on how we communicate for peace and reconciliation.

An advocate for the educational and equality rights for women and girls, Malala Yousafzai is a twenty-year-old woman living in Pakistan. After threats and then action from the Taliban diminishing women’s rights, Malala decided to speak vocally about this injustice through blogging and public events. As girls continued to face consequences severe as death for going to school or other even leaving their homes, the Taliban recognized Malala’s resistance and had threats targeted at her and her activist father.

By 2012, Malala’s efforts had reached international publicity and greatly angered the Taliban. She had been featured in a New York Times documentary and won Pakistan’s first National Youth Peace prize. The Taliban decided to kill Malala and on October 9, 2012, sent a masked gunman to her school who shot her with a bullet that went through her head, neck and shoulder.

Malala survived the assassination attempt and since that day has not stopped in her passionate efforts for equality which won her the Nobel Peace prize in 2014. She wrote a book called I am Malala where she shared her story and continues to speak boldly about her call for justice (Biography Online). 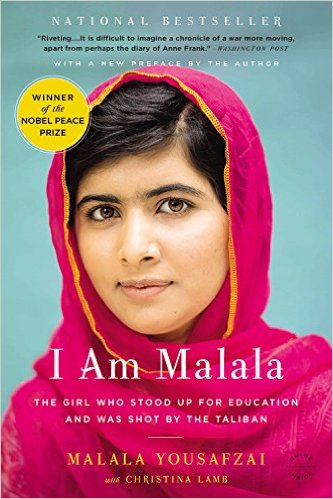 Besides speaking through public forums and speeches, Malala has been influential in emphasizing the value of using social media as a tool in working towards equality. She has encouraged young people to get on their social network sites and post about issues that matter to them, like equality, women’s rights and education (Agencia EFE).

Through perseverance and vision, Malala has succeeded in not only communicating her message, but also doing so in ways that encourage others to listen and engage in the fight for social justice. Women like Malala have not let fear or other excuses end their communication and have not underestimated the communication tools available to them. Take a moment to think about what issue matters to you and how can you use your resources to share that message; the outcome could be bigger than you’d ever expect.

Robach, A. (2014). Malala empowers others with #Strongerthan social media campaign. Retrieved from: http://abcnews.go.com/International/malala-empowers-strongerthan-social-media-campaign/story?id=24547097