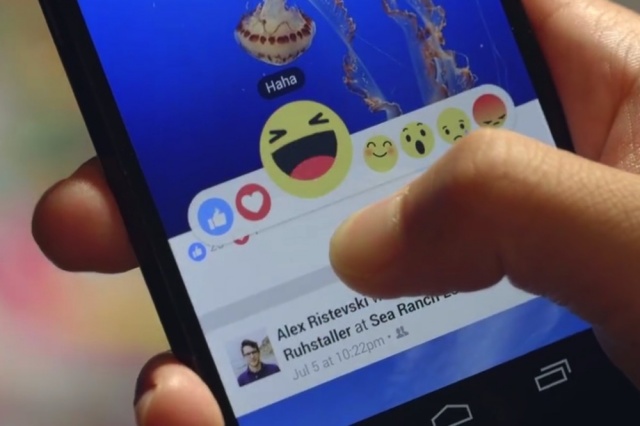 Facebook's CEO Mark Zuckerberg said he "finally" heard the public's pleas for a dislike button and began working on an alternative form.

Facebook's Reactions feature will replace the simple "Like" option users currently have on Facebook statuses. Reactions includes six emojis that express a deeper range of emotion than just a single "Like" button.

"After some initial fuss, it was clarified that this wouldn’t exactly be a dislike button per se, but a kind of empathy button, a way to acknowledge significant life events when you see bad news from a friend on your feed, like a breakup or a natural disaster, without appearing to endorse them," writes Davey Alba (Wired).

In addition to the traditional thumbs up icon, the six emojis currently represent emotions for "love, haha, yay, wow, sad, and angry."

Currently in the testing phase with a small group of users in Ireland and Spain, the reactions feature will receive a few more tweaks before its public release. Facebook chose those countries for their limited friend networks: Many users don't have connections outside their home country, making them ideal test groups (Wired).

Users have requested for years that Facebook add a "dislike" button, but other users and Facebook employees worried about the potential abuse of such an option. The angry-faced emoji is the closest users will get to a "dislike" button, but with less potential for abuse. A simple "dislike" feature could generate hostility for certain people, groups, or even brands. Instead, Facebook developed a system that allowed users to express empathy towards posts. 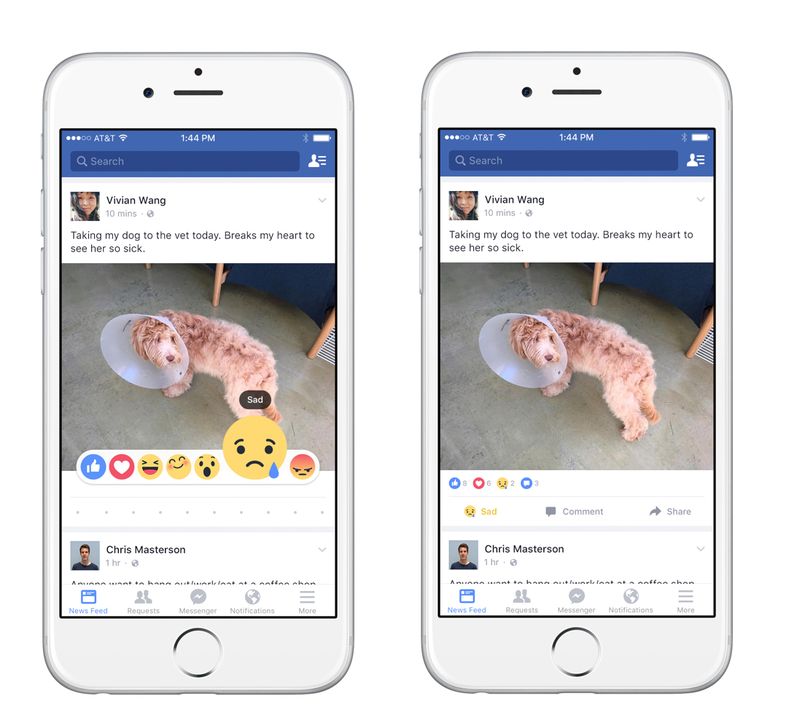 One immediate concern involves the Reactions tool’s complex nature. David Curry (Digital Trends) writes, "Most social networks deal in one or two reactions: on Twitter, retweet and favorite are the two options, on Instagram users can only heart, and YouTube is the only social network to offer a like and dislike button."

The new feature will also open a new world of social media research and understanding for marketers. Researchers will know what their publics are feeling and why. Forrester research shows emotional experience accounts for nearly half of a customer's loyalty to a brand (Adage). If marketers can connect with public emotions, they can adapt their messages accordingly.

Just as most Facebook users wanted a way to express emotions towards their friends on social media, publics also want to express their feelings to the brands they love. But this means brands will also need to respond. "Timely and empathetic engagement is a critical piece of the customer experience," writes Susan Ganeshan (Adage).

Facebook Reactions could be coming to all users as early as the beginning of 2016.