Two weeks ago during a live television broadcast, news reporter Alison Parker and cameraman Adam Ward were murdered on-air by a previous colleague and former employee of WDBJ-TV. Vester Flanagan killed himself later that same day, but not before submitting a 23-page fax to ABC News and posting a video of the shooting to his social media profiles (Deadline). 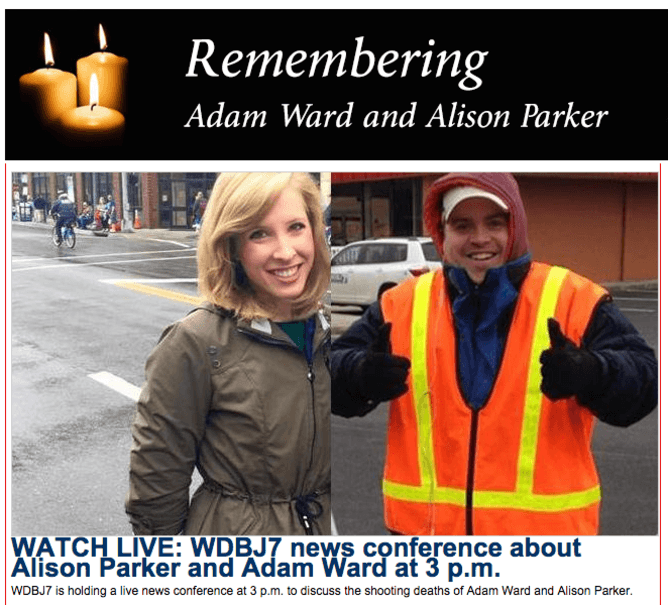 Unprepared for the extreme on-air violence, the Virginia station took precautions as a result. The station's general manager Jeff Marks and news director Kelly Zuber expressed their grief over the situation and cancelled live broadcasts for the rest of that day and the following day. Zuber said it was "just as an abundance of caution" (NY Times). Local enforcement even reached out to the station and offered protection during future live shoots.

Dr. David Dixon, journalism professor at Messiah College, says this is "the most dramatic," but not the first time something like this has occurred. "Stations have had more issues with people jumping into the frame," he explains, and suggests that delay might be used more frequently in live broadcasts to avoid this kind of problem.

Back in 2012, Fox News accidentally broadcasted a suicide on live TV when a driver emerged from his vehicle during a car chase and shot himself in the head (Slate). Some television stations have a 5-to-10-second delay that switches to a different feed or news anchor to avoid broadcasting this kind of upsetting behavior.

Television stations most frequently use delays for special events like awards shows or sports, mostly to avoid foul language from going over the air. News programs rely on delay less frequently, but if on-air violent acts continue, use of delay may increase to keep them off the air.

Ethical implications come into play in this situation as well. WDBJ did not react quickly enough to keep the shooting from being broadcast on live TV, but other stations have control over sharing the videos Flanagan posted to his account.

Dr. Ed Arke, another of Messiah's journalism and broadcasting professors, says, "Any sort of ethical situation falls into what's known as situational ethics. It depends on all the variables relating to the situation. Many stations have policy or standards, but a lot of situations are made based on that moment."

Journalists have long struggled over ethical standards and what should or should not be shared with the public, mostly with graphic images and videos. In this case, no station shared the full video, and very few shared a small portion of the video. In these cases, no gunshots were heard nor was the shooting displayed. 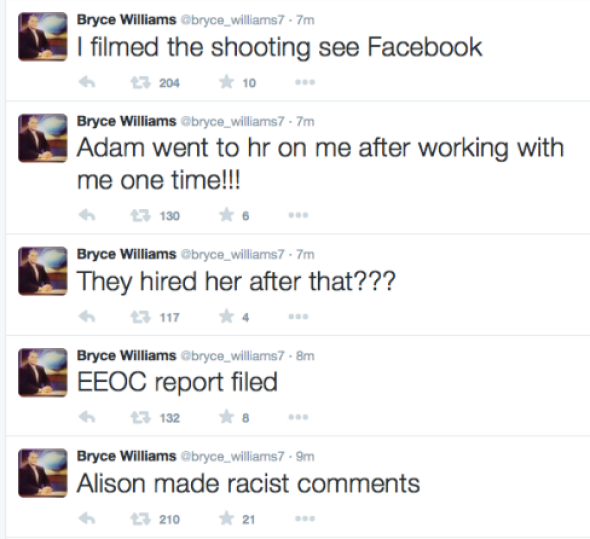 But a vital part of journalism includes using videos and images to enhance or provide story credibility. Using the video has some journalistic value. Kelly McBride of the Poynter Institute notes, "There is a journalistic purpose to airing the shooter's video because it speaks to his warped state of mind. But you have to find a way to convey the important elements without buying into the shooter's message and feeding the voyeuristic scariness of it" (CNN).

Flanagan seemed to carefully plan out his actions, including time to upload the violent shooting videos to social media. As a former journalist, he understood well how media works and relied on this media culture to quickly share the news of his shooting. Arke comments on this evolution of news broadcasting: "It's an important thing to realize the media operates much differently now because of the influence of social media. It's created certain ethical dilemmas and situations. It's help to spread the reach of information in good and bad ways."