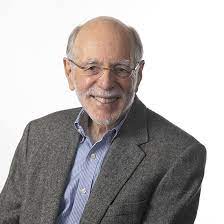 The lecture will be given by Dr. Richard T. Hughes.

The Anabaptist Vision and the Grace of Troublesome Questions

Richard T. Hughes first encountered the Anabaptist tradition when he was a second-year graduate student at Abilene Christian University in 1966—57 years ago. That encounter changed his life. The extent of that change, however, would not be fully evident to him until, at almost 80 years of age, he wrote “The Grace of Troublesome Questions” (ACU Press, 2022), a book he often describes as an intellectual memoir. In the process of writing that book, it became more and more evident to Hughes that the dominant thread in his life has been the Anabaptist vision that he encountered so many years ago. That vision has transformed virtually everything he has done in his life: the way he thinks, the way he teaches his classes, the way he reads the biblical text, the way he understands American culture and the way he interacts with others. In this lecture, Hughes will describe how his discovery of the extent to which the Anabaptist vision shaped his life has given him a whole new sense of who he is, of where he might be going and of how he hopes to get there.

Richard T. Hughes has worked at the intersection of religion and American culture over the course of a 50-year career, specializing in religion and American identity, religion and race in America, religion and American higher education, and the role of Christian primitivism in American life. His 18 published books include “Myths America Lives By: White Supremacy and the Stories that Give Us Meaning” (University of Illinois Press, 2018); “The Vocation of the Christian Scholar: How Christian Faith can Sustain the Life of the Mind” (Eerdmans 2005); and “The Grace of Troublesome Questions: Vocation, Restoration, and Race” (ACU Press, 2022). Having taught at Pepperdine University, Southwest Missouri State University, Abilene Christian University and Messiah College, Hughes currently serves as scholar-in-residence in the Center for Christianity and Scholarship at Lipscomb University in Nashville, Tennessee.