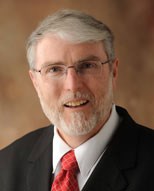 Dr. Koch, a professor at Olivet since 1992, is grateful for the opportunity to bring Christian reflection to bear on economic issues in the classroom. He has been a member of the teaching cohort for the University's Honors Program since 2010. In 1996, he received Olivet's Richard M. Jones Faculty Award for Teaching Excellence. As a member of the faculty for the International Business Institute program for the past 16 years, Dr. Koch teaches in Europe, and occasionally in Asia, during the summer. He is a member of the American Economic Association, the Association of Christian Economists and the Association for Comparative Economic Studies (ACES). A graduate of George Fox College in Newberg, Oregon, Dr. Koch holds a masters degree in economics and a doctorate in curriculum and instruction. Both advanced degrees are from Illinois State University, where he also taught for several years. While at Illinois State, he helped develop and teach workshops offered through the Center for Economic Education for public school teachers.

Dr. Koch's wife, Debra (McCray) Koch, is the program coordinator for 4-H Youth Development in Kankakee County at the University of Illinois Extension. She is also an alumna of Olivet's Master of Organizational Leadership degree program. For a number of years, she volunteered as a costumer and board member with the Kankakee Valley Theatre Association. Dr. Koch teaches Comparative Economic Systems on IBI. 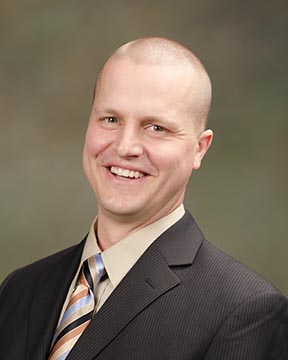 Dr. Babyak has been Messiah University's Department of Business Chair and Associate Management professor for the past five years.  He has taught classes in Leadership, Foundations of Management Theory, Organizational Behavior and Theory, Management, Human Resource Management and Entrepreneurship.

Prior to coming to Messiah, Dr. Babyak taught in the School of Business at Chowan University where he received the Faculty Excellence in Community Service Award. While at Chowan, he was also named a finalist for the Faculty Scholar of the Year, Excellence in Teaching Award, Alpha Chi Teacher of the Year, and Friends of the Library Award. Prior to his work in higher education, Andrew spent several years in Senegal, West Africa where he was involved in business and church development. Dr. Babyak and his wife, Lauren, have three boys who were born on three different continents.

Dr. Babyak has had his research published in the Journal of Research on Christian Education, International Journal of Business, Humanities, and Technology, and Church Executive Magazine. He has also presented at several conferences throughout the country.  He teaches Global Business Strategy for IBI. 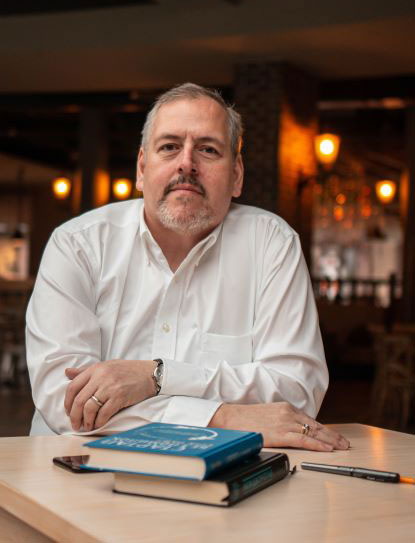 Mr. Ronald Jones - Ron Jones was born in Carlisle, Pennsylvania, USA - the last of five children.  Ron’s father, Ronald L. Jones, started in 1958 to provide for his growing family.  As Ron grew up around the business, he learned the practical operations from his father.  After graduation from high school, Ron obtained a Bachelor of Science Degree in Economics from Messiah University (Grantham, PA) and a MBA from Liberty University (Lynchburg, VA). He joined the family business, Jones Plumbing, Inc, in 1993 and became President in 2000.

His passion for Christian missions led him to establish Strategic Global Endeavors to encourage, equip, and empower businesspeople to fulfill God’s mission in their lives.  Through SGE, Ron trained hundreds of businesspeople in Ukraine, Russia, Poland, and many other countries. In 2012, Ron sold his business and joined Assemblies of God World Missions. He has work exclusively in a variety of countries using Business as Missions methods.  Ron and his family served in the Arab World until June 2017, where he was able to unlock doors into countries closed to Christian missionaries.  They lived in two major Arab cities and established several businesses, while working with others on church planting teams.

Since then, Ron and his family were working in Ukraine.  He established Kingdom Business School to help train and mentor Christian entrepreneurs to launch businesses and expand the kingdom of God in Ukraine.  Students were then offered the chance to compete for investment loans and ongoing mentoring, to establish their business.  The school offered a well-rounded series of classes designed to help a beginner from idea generation to thriving business. Unfortunately, due to the war with Russia, Ron and his family were evacuated to the USA just before the invasion in February 2022. Ron is the father of five children and married to Amy.  Their three youngest children live with them in Pennsylvania. They love reading, traveling, and living out their faith in the marketplace. 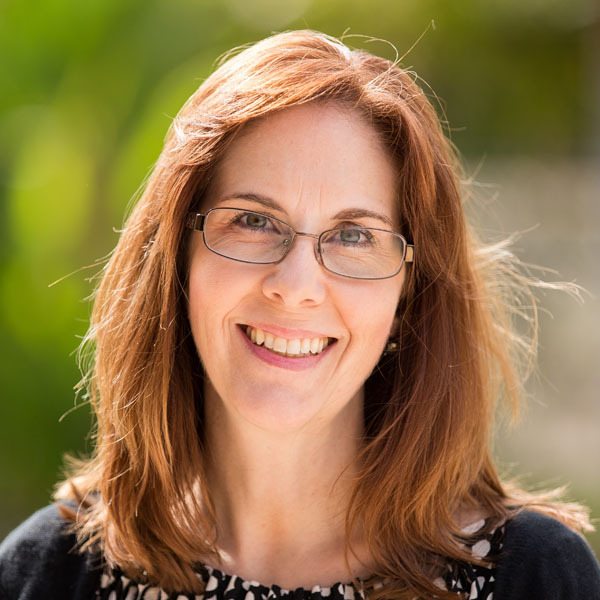 Dr. Lari Mobley, PhD, MBA, is an Associate Professor of Marketing at Biola University. In addition to teaching advertising, marketing and entrepreneurship classes, she chairs the MBA and MM programs. Dr. Mobley also has over 20 years of experience working in advertising, primarily as an account strategist and copywriter. She has been part of several start-up ventures including an advertising agency, a digital printing firm and a kitchen remodeling company. As a marketing strategist she has worked for clients in the education, healthcare, technology, retail and financial services industries. Dr. Mobley has previously taught international marketing courses in Ecuador, China, Hong Kong and Sweden. She teaches Global Marketing Management on IBI.