Carol was so excited when Dave asked her out. They had a great time at dinner and a movie, and she wasn't concerned when he invited her back to his apartment afterwards. She enjoyed hugging and kissing at first, but when Dave started to reach inside her shirt she said it was time for her to leave. He didn't let her go, but pushed her down and lay on top of her on the couch. She asked him to stop, but he kept insisting and eventually went ahead and forced intercourse. That was two weeks ago. Carol hasn't told anyone, but she feels awful. She's not sleeping, she can't concentrate on schoolwork, and she's worried sick because her period is late and she's afraid she might be pregnant. 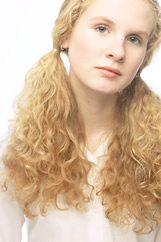 Date  or "acquaintance" rape is the most common type of sexual assault on college campuses today. Date rape can happen to anyone. Victims can be male or female, young or old, rich or poor, but most rape victims have something in common- they never thought this could happen to them.

What is Date Rape?

Date rape, sometimes called acquaintance rape,  is when your date or someone you know forces you to have unwanted sexual activity, and does not have to include sexual intercourse. This may include unwanted sexual touch, penetration, forcing or tricking you into touching him/her, or posing for sexually explicit photos. While date rape involves sexual activity, it is used as a means to gain power and control. It often involves using physical force, emotional bargaining, blackmail, or mind games to force or manipulate a person into sexual activity.

It's difficult to think of someone familiar as a rapist. The date rapist is not the weird, dirty stranger who jumps out from behind a building in a dark alley. Most of the time, it is your classmate, friend, neighbor, coworker, boyfriend, relative, or girlfriend. Often this familiarity makes you less inclined to trust your self-protective instincts. You simply can't believe this friend, date, coworker, etc. could want or mean to hurt you.

It is important to remember that any sexual activity that occurs after one person says no is against the law, considered a crime, and referred to as sexual assault. Many misconceptions exist about date rape. For more on this, read our section on Debunking the Myths about date rape.